For Anastasia, Ubee, Oscar and Brendan 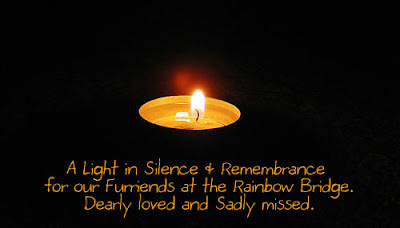 For Anastasia, Ubee, Oscar and Brendan.

We didn't know Ubee or Brendan, and had only met Anastasia and Oscar once or twice But we know they will be missed by those who loved them.

I updated my Farewell Friends Friday post. When The Big One comes home tomorrow, I'm going to pester my OTW to pester him to help her put a button on the side so everycat can find it easier. let me know if I missed anyone.

And I suppose I really ought to put Persephone's Catser button up. And all the other Vishus Deer Pamphlets....

Also, my OTW wants to ask a favour of the Cat Bloggers. Her mom's sister was just diagnosed with liver cancer and was told she has about 4-5 weeks to live without radiation treatments, and only 6 months at most with them, so her Mom has rushed to Holland to be with her sisters and brothers. My OTW is ok, she hasn't met her aunt since she was really little and doesn't even remember her, but she doesn't like her mom being upset, and would like prayers for her mom and her mom's family.

And my OTW's Gotcha-Mom had a little stroke last month and she's doing better, but she's the one married to the Gotcha-Dad who was bleeding inside so it's a little rough there. Could we have prayers for them too? My OTW says the good news there is Gotcha-Dad is getting better and only has to go to the hosiptal once a month now, instead of every two weeks.

Thank you!
Posted by Jack, Persephone, Tenzing and Lancelot at 5:11 PM 14 comments: 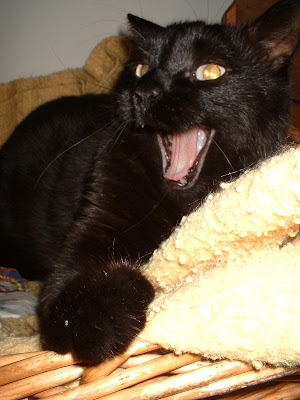 A good Mancat knows how to have a laugh!

Check this out! I found it on the Meezers blog!

Everycat, you should go over and visit Mickey, a Big Black Mancat like me! He even has a sister who looks like Persephone, and another that looks like my girlfriendcat KC!!

He's just new to blogging, and I know he's visted around some, but he has a blog now!

I have an Evil Twin? I wonder what his name is? Back? Hack? Zack?

(ed. Persephone: What's a Republican?)
Posted by Jack, Persephone, Tenzing and Lancelot at 1:34 AM 18 comments:

Anastasia has been missing 6 days. We're all purring that she comes home soon.
Posted by Jack, Persephone, Tenzing and Lancelot at 4:07 AM 6 comments: 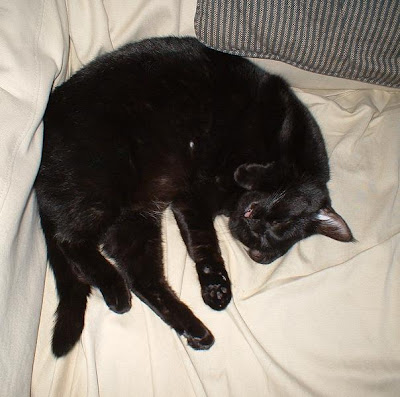 Persephone, the ferocious feral kitty of the house.

In other news, we have finally guessed Whisper's Real Name. He is....

Grumplestiltskin!
Posted by Jack, Persephone, Tenzing and Lancelot at 3:44 AM 17 comments: 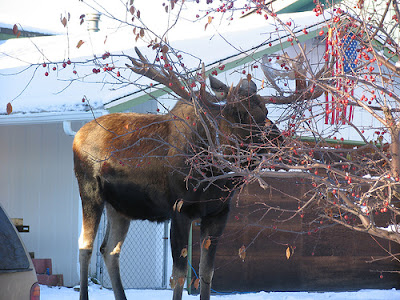 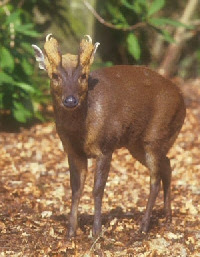 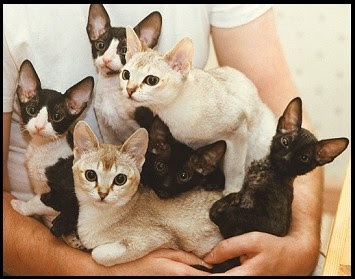 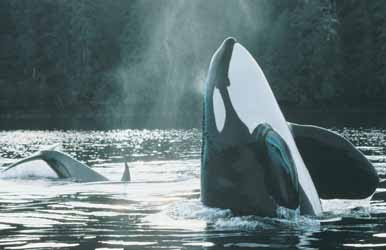 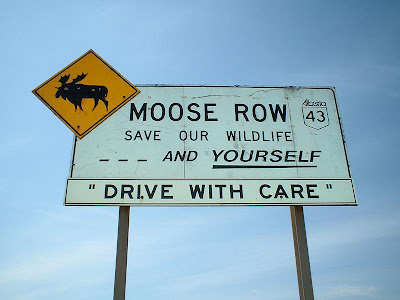 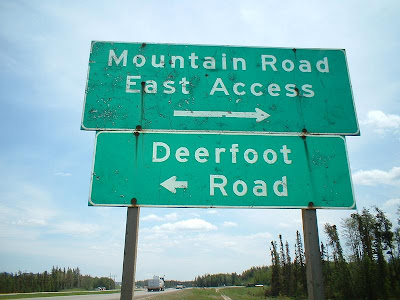 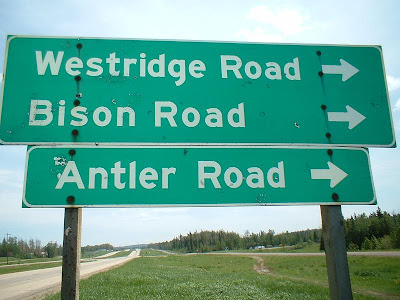 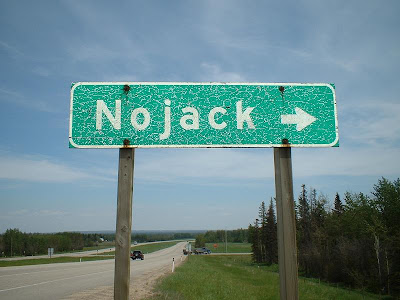 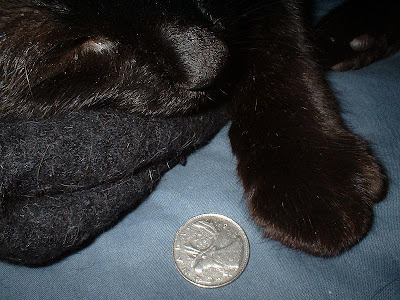 Be ever vigilant everycat!!!
Posted by Jack, Persephone, Tenzing and Lancelot at 8:56 PM 11 comments:

First My Giant brought home lots of new stuff to my house and it smells like FOODS!! But it’s not foods!!! I don’t think it’s nice to trick kitties like that!

And then he WENT AWAY!!! For a SQUILLION NAPS!!!

And while he was gone, Squeak and Fade’s mom and dad brought lots of other stuff over and it smells like Squeak and Fade and they came with some of the stuff and visited lots, and then one day they came over all upset and said ALL THEIR STUFF WAS GONE!!!!!! And then their mom and dad came over and put them in a PTU, and their mom and dad hugged my mom and scratched me and said bye lots, and then they went away with Squeak and Fade, and Mom said they were moving to where she used to live with Jack and Whisper and I’ll probably never see Squeak and Fade again, ‘cause they won’t live down the hall from us anymore, but that’s ok, ‘cause Fade was kinda hissy and Squeak never played with me anymore when she came over, but they left all the stuff they brought over! Even a couple more square tents, so now I have a tent tunnel to pounce apart!! 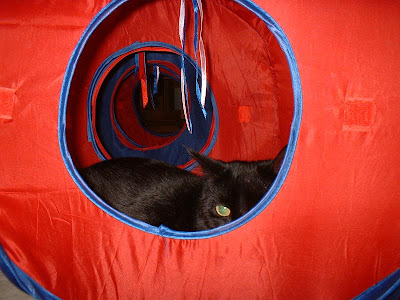 And then after Squeak and Fade were gone forever, my Mom started moving everything around! And making the floor wet with stinky water! And then she’d move other stuff and make the floor wet there!!! Yuck! And she shuffled papers everywhere! And she stole all my toys and put them in a box!!! And then My Giant came home! And he made the toy sucker-upper go all over!! And then my tents came back and some of my toys!

My Giant brought Mom books, and she says they are very special books and she’s very excited, but she says she has to send them back so she has to read them now! So I get laps!!! And My Giant brought presents, but only presents for my Mom, not for us kitties!! My Mom says they’re Vikings! Like Jack! My Mom giggled lots and threw little things all over the room with one of her presents. (But not at us!) 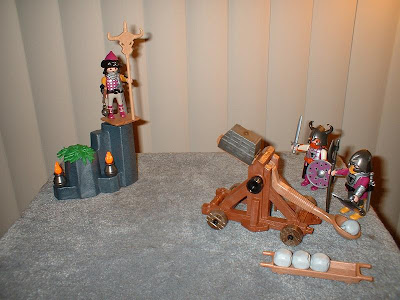 And my Mom put buckets of different stinky water on my balcony and put strings in them!! Jack says when she takes them out the strings are different colours and smell funny! Maybe it’s magic water!! 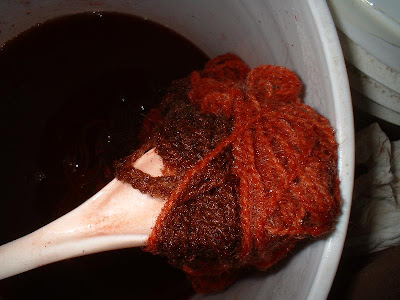 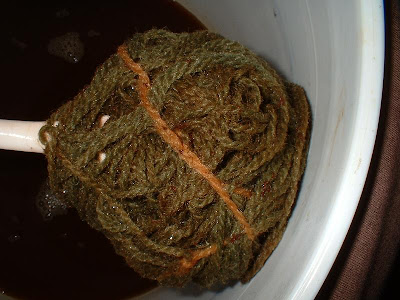 And she put string on one of her square things and tied more string between it. And when she’s put string on them and tied other string in them lots, she’s sending some of the stuff she made to Florida where Daisy lives, so people can look at string, and some of it to Australia, where Puddy and Kate live, so people there can look at string! Don’t they have string of their own? 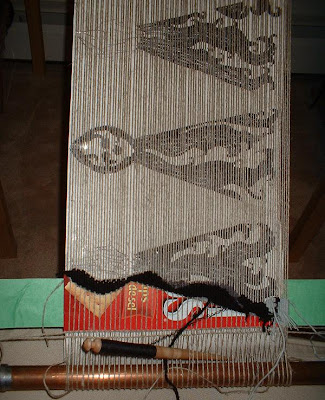 And I’ve been very busy too! My Mom puts the TV on lots for me and I’ve been helping her by doing lots of research!! 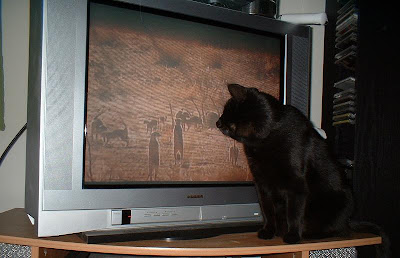 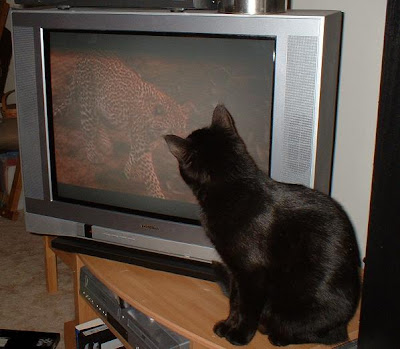 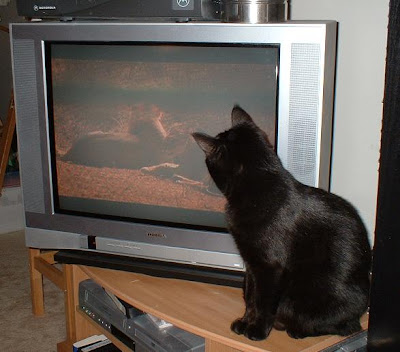 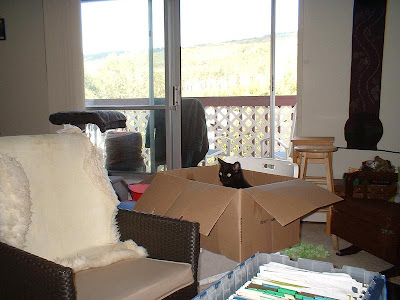 And I helped Mom file! 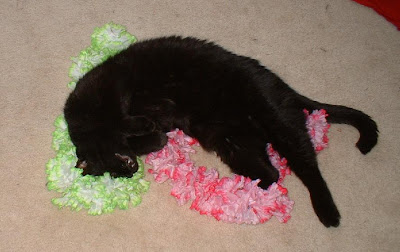 And that’s what we’ve been doing!! My Mom says she’ll try to help us visit as many cats as possible this week! Oh and Jack has learned about lots more scary Vishus Deers stuff! He says stay tuned here for a very scary Thursday Thirteen!

And I have exciting news!! We may not have to move!!! And from now on My Giant is going to be hunting our foods at home!!! In Whisper’s room!! But I go in Whisper’s room sometimes and I don’t smell foods in there…

We loves you all and misses you!! We’re just really busy!!

Purrs Batman!! I miss you ‘specially!! But I’m coming to the party on Friday!!

KC, purrrrrrrrrrrrrrrrrrrrrrrs!!! The kittens are really cute!! I was the first kitten in my litter to open an eye! That's why I was called One Eyed Jack!! I miss you!
Posted by Jack, Persephone, Tenzing and Lancelot at 12:54 AM 19 comments: