Weird things my OTW hangs up for Christmas

I don't have pictures of most of them 'cause she didn't own a camera for the longest time. Like, I don't have a picture to show you of our Christmas Cactus the first year when I was born. The Crazy Lady we lived with had a big cactus, but no room for a tree 'cause she would 'rescue' stuff other people would throw away and then never find homes for it all and wouldn't throw it out. (Though she also rescued cats that other people threw away, like my cat-mom, and never manage to find homes for them either.)

It had a sombrero, and my OTW put a wreath around the brim, and they hung balls off the spines and all their necklaces, too!

But some stuff was just weird! 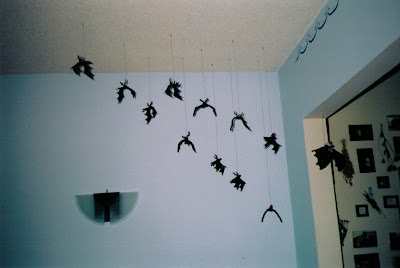 She used have these (and a few more she gave away), 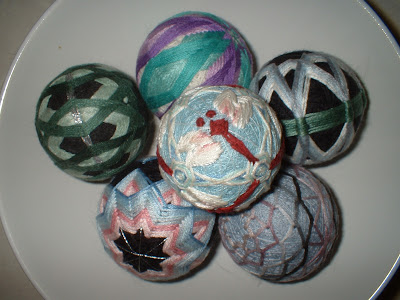 hanging over her desk until Halloween, and then she hung up bats! And when Christmas came, she STILL hadn't taken down the bats, so instead of taking them down, she gave the big one (not the Big One!) a Santa Hat and cotton ball beard, and two more got elf hats, and nine got pipe-cleaner vishus reindeer antlers and one got a red nose! She said she used to do that with a pipe-cleaner-and-yarn spider she hung over her dorm door, until someone stoled it!

And then last year it was this in our Christmas tree! 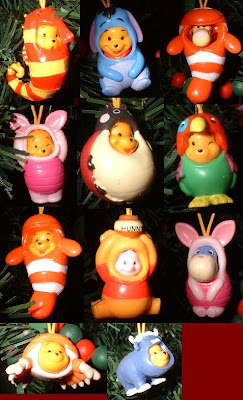 She says she wouldn't do it again this year though, if we had put up a tree, because now she has like a SQUILLION of them! (ed. from OTW- only 56 at last count! ...and 5 new christmas ones...) 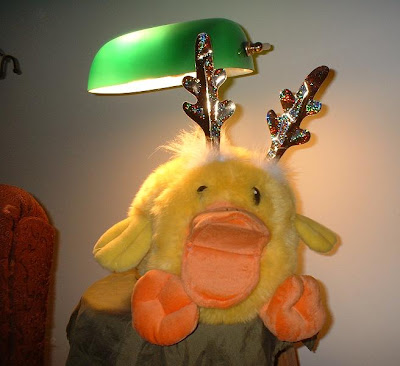 And then there's this.

Hmmmm...If I think of more I'll add them... the Big One is cleaning out the storage closet, and I need to go snoopervise!
Posted by Jack, Persephone, Tenzing and Lancelot at 4:14 PM

Those little ornaments are cute, but the rest of those are pretty weird, Jack.

Merry Christmas to you, Persephone, and your family! :)

Jack... this is what we'll call an eclectic collection... face it, your OTW is Off The Wall... but we wish you a Merry Christmas and a Happy New Year just the same!

My bean kind of liked the idea of the holiday bats.

Meowy Catsmas to you and your family!

Your mom is so creative! Happy Holidays!

I love your decorations. They have style!

Your ornaments are furry special! My mommy only put up a tiny tree 'cause we are spending Christmas at Grandma's house. Meowy Christmas!!!

*kisses to Persephone (the real one, NOT her evil twin) he he he

Santa comes tonight!!!!!!!!!
WooHoo!! Um,Jack, you had to dress your folks in "normal" clothes for Halloween!So why should Christmas be "normal"? Heehee. Mom really likes the balls :)

I think all of those decorations are great!
I hope you and yours have a wonderful Christmas!